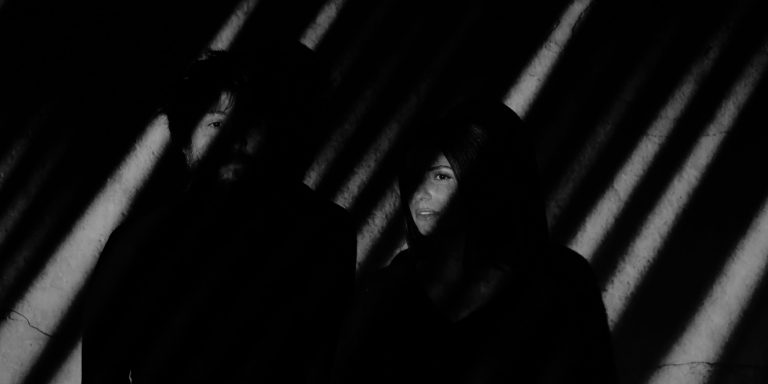 MUSIC IS NOT GEOGRAPHY, IT’S EMOTION.

During a Fado night, the voices are authentic: no external amplification, no adornments, no filters. Just nerve, talent, soul, passion.

Raül Refree understands passion well, he produced “Los Angeles”, the album that revealed to the world the phenomenon Rosalía, and he had no doubt when he heard Lina singing at Clube de Fado one of the most renowned Fado venues, home to many great singers and great musicians carefully nurtured by Mário Pacheco, guitarist to the stars, including the eternal Amália. There in a solemn, authentic moment, Raül Refree was blown away by Lina´s voice.

The idea of getting together in the studio was immediate. Shortly after, they met at a special recording studio, outside Lisbon.

There, surrounded by vintage synthesizers, Moogs and Arps, Oberheims and Rolands, but also with a piano nearby, Raül framed Lina’s voice in analog clouds; Fado’s traditional guitars only in our imagination, but the strength of this truthful voice all there, all the time.

Lina proved herself more than a match.

A close student of Amália’s work, she selected some timeless classics from the Diva’s repertoire, to be used as a basis to communicate. As if this project was born out of a search for the haunting, the haunted essence.

Raül and Lina agreed they ought to explore Amália’s repertoire, removing the instrumental dogmas of fado, while maintaining the profundity of the soul.

In this project the arrangements are extraordinary!

Raül Refree’s long career as a challenging pop producer working  with dozens of artists, from Sílvia Perez Cruz to  El Niño de Elche or Lee Ranaldo, not to mention Rosálía, is an artist of extraordinary intuition.

Lina, a voice matured by the nights in Fado venues, her own devotion to Amália and all the great voices she has heard, felt, and studied, is a truly special artist. She sounds as if she is part of the history, listening to the divas’ voices echoing in the side streets of her imagination. She is true, she is profoundly moving

In songs such as “Barco Negro” or “Foi Deus”, “Ave Maria Fadista”, “Medo” or “Gaivota”, each of them a monument in the history of Fado, Lina becomes a complete, truthful, talented artist whose voice haunts us all. Her performances are, above all, human, moving, ripping the words out of the heart rather than shaping them with the technique she knows. And her delivery shines a new light on Fado through the arrangements prepared by Raül Refree. Without any tricks or any filters, but with artistry, giving Fado a unique electronic approach underlining its universal condition.

Fado is an immaterial heritage of humanity, a culture that helps identify a country people talk about, a culture that has brought many artists to Lisbon. Artists who search for an immaculate territory in Fado, a moment of authenticity in a musical universe often dazzled by artifice.

That is exactly what brought Raül Refree to Lisbon: that search for what is new and timeless, for what makes you shudder, for what the world needs to listen to, even if sometimes you need to break the rules.

Because that is how you end up making history.

The record was released worldwide by Glitterbeat records on January 2020 and enthusiastically acclaimed by European media. The project has also been distinguished with several awards and nominations.

The duo did their debut live in July 2019 at Festivals La Mar de Músicas and Sinsal with the applause of both audience and media. A concert staged by António Pires with an amazing light design, by Tela Negra, to underline all the drama within. After several postponed concerts, the duo have managed to pursue its intensive tour to be continued around Europe, in 2021.

is a multidisciplinary artist: She studied theatre and performed, sung opera but Fado is her true identity. Lina is genuine and deep, her voice extremely moving. Although coming from the universe of classical Fado, Lina embraced this new project approaching it from a totally new point of view with a dare that caracterizes her strength.

is an artist of a kind and one of the most innovative european producers of the last decade.

Always interested on popular music, he has given a new perspective to Flamenco, producing and playing with artist like Rocío Márquez, Niño de Elche or Kiko Veneno and he’s done astonishing duo albums with Rosálía and Sílvia Pérez Cruz.In 2020 Raül Refree produced several other albums, including an album Lee Ranaldo, from Sonic Youth (Names of North End Woman).

Those are a few of the eclectic range projects to which he lends his unique approach.