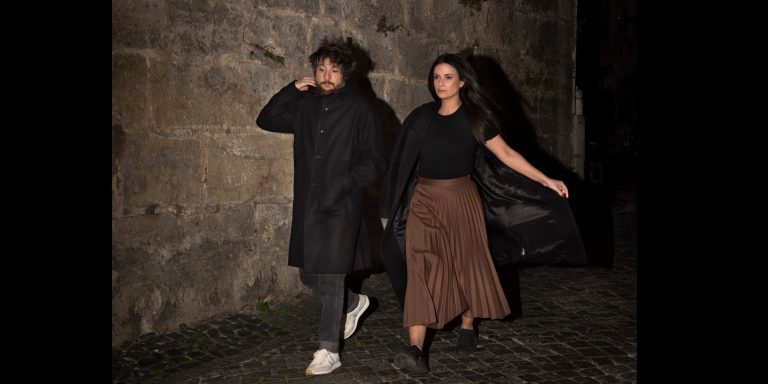 “The production throughout is minimal to the point of austerity, creating an intimacy that feels like standing with the duo in a darkened room … The production [is] modestly taking its place behind the songs’ timeless melodies and Lina’s gorgeous vocals. The singer possesses a voice of fiercely intimate power and texture, capable within one brief musical phrase of tempting a bird to the windowsill and blowing the opera doors clean off, as in the show-stopping melodrama of “Quando eu era Pequenina.” … Intimate, heartfelt, and solemnly inviting, it’s also a wonderful record.” 7.7

“Raül Refree […] rethinks fado with the Portuguese vocalist Lina. Out go the guitars, in come brooding synths and
keyboards. It’s an effective intrusion.
The contrast between the redblooded emotion of Lina’s voice and the cool electronic tones on, say, Destino, is hugely effective … Lana Del Rey meets Lisbon…” ****

“… Lina bringing tradition, Raül Refree adding experimental soundscapes for her to play in ….The Great Amália Rodrigues Songbook rethought for piano and synthesiser instead of guitar, with the singer’s unshakable emotion ladled over the top.” ****

“Bellowed, ghostly, sensual, soothed and melodic: this album is all of these.
Yet it is also sparse and stripped, almost to just the faintest of renderings with Refree’s presence at times almost recorded from beyond the ether. Fado’s legacy is in good hands as it lingers on into a new decade with a contemporary purpose.”

“The album they produced, simply titled Lina_Raül Refree, is like no fado recording ever made… listen to it on
headphones, and its impact is hear-crushing … [It] brings traditional songs into a new context, but the pure emotion
embodied in the lyrics and the vocals keeps them grounded in the eternal spirit of fado.”

“A great fado record, to say the least.”

”a gem of modernity”

”splendid and surprising album until his end”

“Fado that does not convince with emotional intensity, but with restraint,brittleness. A new world of sound for an old song book.” 5*

“Sensationally surprising, with dreamlike solutions, drained of all frills, where the strength of the piano and minimal analog synths lost in buzzes and echoes catalyze the emotions. Phenomenal.”

“It is strange that this has not been done before. A true electronic overthrow of Portuguese Fado. Lina embraces
every piece of drama in traditional music with her nervous soprano. It is a musical atomic whirlwind to pleasantly
play and the best album until today.” 5*

“when a fado singer joins a Catalan producer and musician this can result in one of the most beautiful oddities
to which fado has been subjected in recent times. Lina_Raül Refree (…) enchants in a dialogue between voice, synthesizers and pianos.”

“They transport Amália to places she would never dream of.”

“The secret, as many have taught us, is not to distort, undelining with intelligence and subutilization the unique characteristics of Fado – and this Raül Refree seem to be a master.”